Timo Peach shares a special episode of his playful research cast that may be unlocking a subject the whole creative curriculum has been working towards.

A music artist may be supposed to make music but sometimes a side track can reshape a whole output. When Momo:tempo’s project The Shape of Things To Hum began to take its own shape it lead to a spot of light human planet exploration by Timo Peach that became the foundation for a new personal worldview. And now, after 30 episodes, Unsee The Future is back with an introduction to an idea the whole series may have been waiting for.

“I’ve been sitting on the subject of Solarpunk for two years,” he says. “I wanted to get it right. I could sense it was an idea that my instincts had been leading me to this whole time without realising, and I wanted to feel ready to put it out there officially and go on the subsequent journey.

“Then, this spring, I just suddenly felt to get it finished and released. Not sure why. But it opens the way for me to go meet a lot of solarpunk creatives and begin spreading the word.” 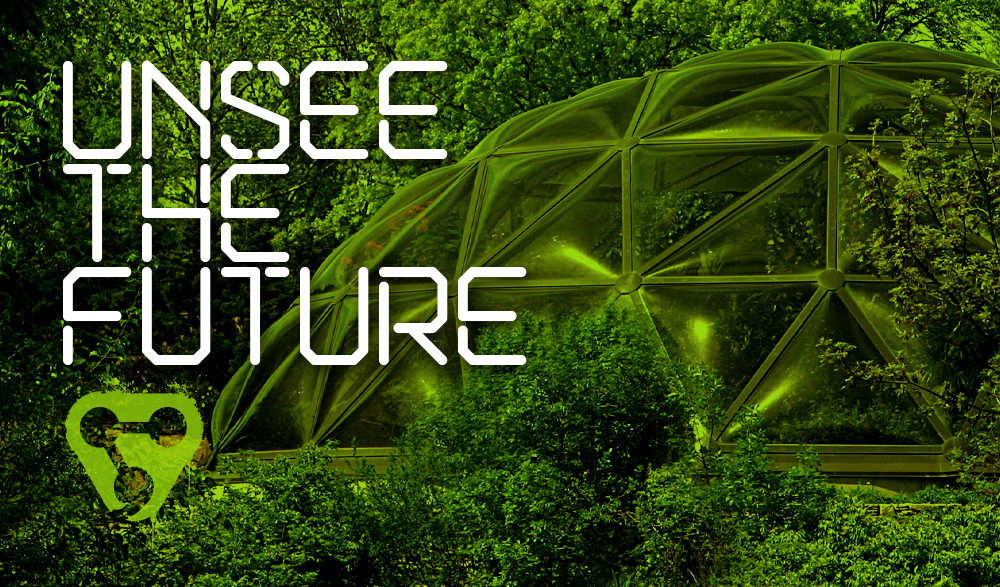 Listen to or read the brand new episode of Unsee The Future EP31: Solarpunk >

A viable alternative vision of tomorrow?

So what is Solarpunk? Or a solarpunk? As Timo found, it’s an evocative word that comparatively few people have heard of, which surprised him. But it represents a different way of imagining the global future.

“The name seems to have the same effect on most people as it did me – just a wow, I immediately sort of get it. But… tell me more” he says. “It’s an idea that has grown into a naturally decentralised creative movement. Expressed in fiction, concept art, music, architecture – lots of articulations around the world, but all based on the positive instinct to reconfigure tech we already have today with a rebalanced view of the natural world and its systems. “The political wing of permaculture” as early steward of the scene Jay Springett said to me.”

Following in the wake of popular cosplay and fiction style steampunk, which precipitated a lot of other _punks, Solarpunk is the only one to represent a political intention. As EP31 of Unsee explains.

“I quoted a few people in the episode I am now just beginning to speak to,” says Mr Peach. “Jay Springett is a founder of solarpunks.net and a fascinating bloke, as I found out after chatting with him after he’d already listened to the Unsee episode. He’s so quoteable! I’d urge anyone to explore his output – his founding talk on the subject is a must read immediately after you”ve introduced yourself to Solarpunk via my episode!”

Solarpunk fuses many aspects of sustainable technology and thinking with a fundamental-seeming need for new narratives for the future. And this is a conclusion Unsee The Future lead its writer to believe also.

“My whole practical mission now is to help people think like an artist and change the world,” Timo explains, “and this came out of my research with the podcast, beginning with trying to make sense of a frame work for problem solving like the Global Goals. What’s driving our global bad habits is an arcane economic story – a way of seeing the world with values attached that aren’t serving us healthily at all. But a story that itself has eroded collective belief in any other way of seeing things.

“Solarpunk may be the first realistic alternative to the inevitable seeming destructive human futures. And better than a new utopia because it’s not about trying to get people to conform and fall in – almost the opposite.”

It’s an idea so inspiring the bloke from Momo he is planning a new Unsee The Future interview series: UTF: Hopey-Chatty Bits.

“I’ve been sitting on that for a while too,” he says sheepishly, “but at the start of the summer I’m going to begin a regular show meeting solarpunk artists and other thinkers using art practices and solarpunk narratives to demonstrate new stories of us. And I just know their testimonies will help inspire the more hopeful human tomorrow.”

Read an introduction to the Solarpunk episode over on Momo’s social impact storytelling site Momo:zo >