Momo brings a special presentation to the online science festival on Sunday October 04 2020, comparing two human disciplines that are in the business of changing worlds.

The bloke from Momo:tempo, Timo Peach, is a music maker and creative with a big interest in how the human planet fits together – and how fellow artists are also trying to make sense of it. But in his edited lecture for Science Cake, he explores three hypotheses aligning the experience of exploring the world through art with that of science. Around introductions to his own reasoning, developed through his research cast Unsee The Future,  he tests his thinking by talking to two people along the way with some insights into those experiences.

Denise Poote is an artist and lecturer who’s work instinctively looks for movement, exploring spaces as “traces of activity”. Across marks, sculpture, digital and performance,  her developmental process follows a strong sense of data and evidence gathering to express something dynamic with contraints. Interrogating parameters and describing her pieces more like “outputs as snapshots of ongoing process” she says the frameworks of analysis her work creates can only ever be temporary against the “fluid practiced space of shared experience.”

Brian Kraemer-Banks is a science educator, creative and activist and Pearson’s FE Lecturer of the year 2019. Teaching biology and anthropology across 25 years, his innovation and passion in the classroom have always been based he says on one clear aim: “To unleash a love of learning in every learner so they will go forward into the world and be successful, fulfilled, and considerate members of society.” And he says he has learned: “Science and the humanities are not different disciplines – all knowledge is about searching for understanding of life’s mysteries before the clock runs out.”

“It’s a fun format, to make a little online lecture show, and I’ve drawn much comfort from the sense of progress and practical problem solving that science represents since childhood,” says Timo. “It’s linked tightly to my love of science fiction, of course. But if art thinking has become central to my view of how to transform a world in crisis, how does it compare with science thinking, which practically built the modern world? Are they in fact very similar disciplines in some practical ways, and both all the healthier and richer for being mixed?”

A DIT TO BLUEDOT

Founder Lee Rawlings wanted Science Cake to be a way to cope with missing another festival he and Momo and a host of creative friends have fallen in love with, Bluedot Festival.

“It’s just so beautiful” he says, “that natural mixture of music, art and science lectures! We miss it terribly as a gang, so I thought I’d create a way to celebrate and explore a similar principle online. And I’m wowed at the mix of people who’ve said yes to me just asking them to join in.” 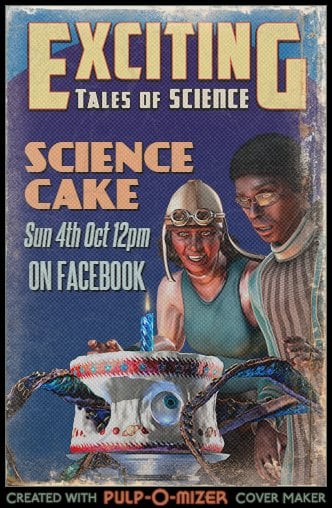 “Andy Robinson’s Seasons Of War is an absolutely beautiful scifi short and some years on he and I were interviewed by creative director Simon Brett about the process of making it. A real creative treat to learn how to do something so good on a budget of pistachio shells” says Mr Peach.

Unsee The Future: Why science is a bit like art is streaming at 19:00 Sunday October 04.

Seasons of war: making a successful Doctor Who short film is streaming at 14:00 Sunday October 04. 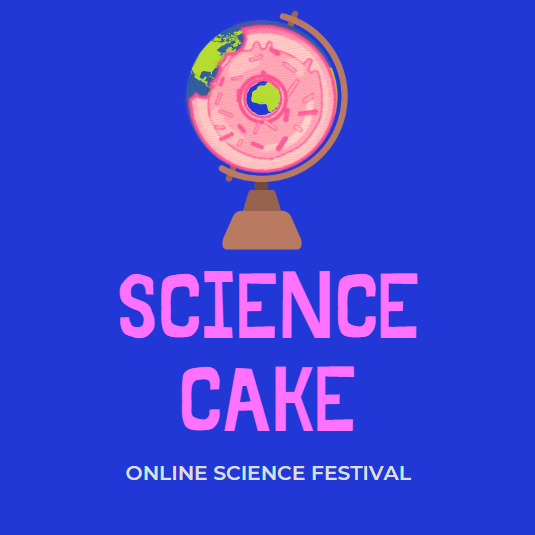