We’re only at the beginning.

Possibly of this particular pandemic, but certainly of its implications. To, y’know… possibly everything.

How are you feeling about it? There is a lot to make sense of ahead, and many more qualified minds than mine will be continuing to explore the possibilities, but having been chewing my pencil end in finishing this episode of Unsee The Future, now seemed the context to finally publish it in. And given the stakes we’re all facing, it’s surprisingly daft – but I think an interesting angle on the experience we’re now sharing, and a good set up to EP30’s forthcoming Hopey Changey Bit. Yes, there will manage to be one.

But those stakes are high. SARS CoV2’s winning attribute seems to be how resilliently it spreads – but it’s a virus, not a bacteria. It’s a sticky disease mine, essentially, clinging inertly to our globalised movements until we inevitably wipe it into our nose, our eyes, when its payload disease is triggered by your nice, warm, encouragingly organic system. As I’ve read elsewhere, the real bugger with a virus is its vector – how it grows its reach. Because it only does that through you and stoopid me.

“Viral control is about psychology more than it’s about medicine and that’s what’s scary about it” as virologist Jane Raison put it beautifully on a post doing the rounds. ” In this case the vector is humans, bloody stupid, arsehole humans like Chantelle, Bob and Steve. Giving everyone a pill is easy, getting everyone to listen and change their behaviour is a fucking nightmare.”

You can say cooly that it doesn’t appear to be a true population thinner – I’d repeat soberly the widely reported statistical observation that an average immune system seems to make effective work of seeing it off initially. But even before it potentially returns or becomes something else, COVID19 doesn’t have to be a flesh eater to be a system breaker.

And that I am finding as deeply troubling as… sort of uncomfortably exciting, around the initial dread of what this might mean. I couldn’t help feeling both at once, at the beginning.

On the one hand, this is potentially gigantic planetary change, after saying for so long that we need new ways of seeing everything – now nothing looks the same after COVID19, even at the beginning of this story. The potential for human system improvements is dynamic and mind boggling, the more you consider different implications. It’s like mother Earth just pulled a sucker punch on the robot world and floored it in the last round.

On the other, the clock is still ticking. It’s becoming harrowing for those managing the sick in such relatively sudden numbers and loved ones are leaving their lives prematurely in machine-supported isolation all over the world at once. And for the majority of us not experiencing the extreme biological effects of this new SARS disease, we are all attempting to manage our emotional and financial resources in the face of near-total, fundamental uncertainty. The potential for deep destablisation of societies globally is opening up images of trauma beyond what we’ve known yet. Partly because we’ve not collectively realised how much our world system’s cultural behaviours have been traumatising us so deeply already. At all levels of human life in the early twenty first century, COVID19 is really just highlighting our deep, connected problems.

How do we balance our view of this, between embracing its seriousness while questioning hype? Cold statistics sound less dramatic than front line medical experiences. I don’t know quite what to do with my feelings, when I consider it.

I’ve been saying all through the Unsee The Future years: “Our current system, industrialised capitalism powered by oil, gave us more wealth, knowledge and opportunity than any before it in human planet history. But at what cost?” Well, the same question may be levelled at an event like this .

COVD19’s near simultaneous impact on health systems around the world, like a DNS attack on a website, has shut down normal living so fast it’s already shown us what life might look like outside our world-destroyingly unsustainable systemic habits – cleaner, quieter, slower, more community minded. But at what cost might it gift us real system change? How much suffering, from how massive an economic instability wave?

I confess, I have no idea what shape Momo’s meagre business will be in by the end of the summer, or if I’ll be stacking shelves somewhere, or actually quite happily cleaning a hospital corridor more usefully. It’s been scary to lose developing opportunities and watch so many friends face the same collapse in creative and live event work. But the threat to the stability of having functioning global economies is the real game-changer looming over us all.

The orbit of our modernist economics is decaying, but to land back on Earth we can’t afford to come in hot, we’ve got to feather the fall.

COVID19 could be Earth’s great intervention to save us. It might also be a moth landing on the domino world record attempt the night before, triggering an early collapse of… who knows how much.

To be honest, I’m feeling like I just want to sleep for a week, with it all. The demand to pivot, pounce, provide new usefulness is exhausting just thinking about it. I’d rather go down to the Royal Bournemouth and strap myself into some Marigolds and a bin bag. Say goodbye to ever finishing another LP, or making something of my funny little creative lifestyle life.

But. I suspect the space between art, planet and futurism that I’ve found myself exploring is one to do so with even more urgent intent – if the story we thought we were in has changed, how do we write new stories of us? And how do we make sense of what was unsustainable about the old ways of seeing that led us to here, if not by trying to piece together their symptom crises? I mean, it was always that important, but yes, like everything, COVID19 has simply shown more of us this with sudden clarity.

How are you reacting to, planning, feeling, seeing things around you? Write me back, I’d love to know. 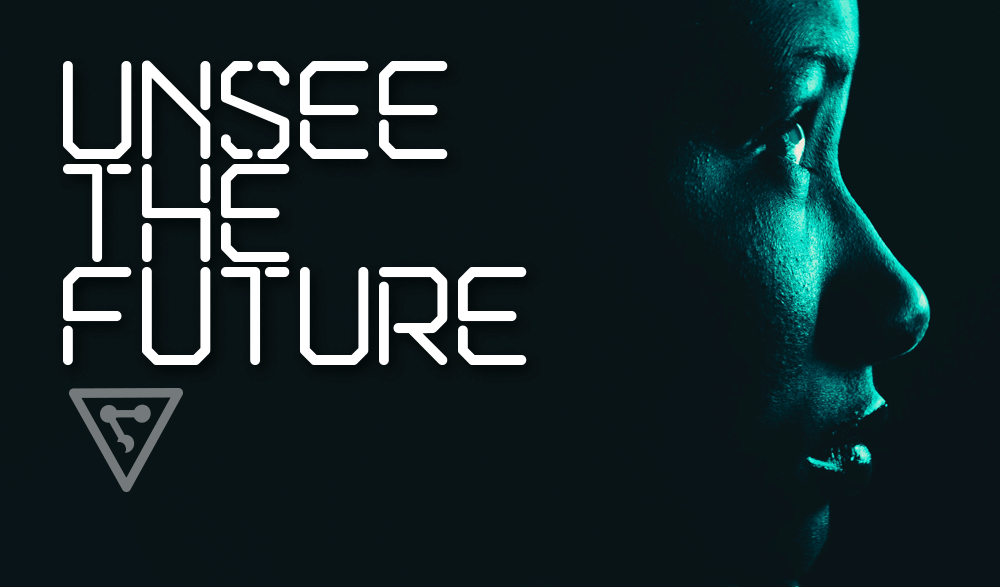 Header photo by Tess on Unsplash

Creative plans? The lowdown on Momo’s own lockdown intentions.

I will say carefully, that in my attempts to be some kind of sense making and encouraging small voice in the big weirdness, I’m hoping to share a few new things in coming weeks, to see if we can all find new ways to see the world around us, and understand this table-flipping crisis in the context of all the others we’ve been trying to piece together in our minds. And a couple of the creative projects I’m part of or working up at the moment are potentially fascinating for right now, feeding into my research, with insightful folk on the teams. But, such as they are, these plans of mine are laid at the feet of global and personal fate. Are they worth much?

Trying to look beyond this present fear feels pressing to me, and the space I find my imagination in already – wondering how art-, planet- and futurism-thinking can combine to help bounce us out of our robot habits – seems more relevant than ever.

I’d been making plans to take Unsee The Future onto YouTube anyway, writing some rather fun but maybe even useful 200sec primers to the full research audio episodes – 2020s Unsights. But also by planning out a series of theme-exploring one-to-one 30min interviews – Hopey-Chatty Bits. There are so many folk who’s insights and testimony I’d love to get at and share, in a bid to help us all piece together the human planet now.

Meanwhile, concurrently, the lovely first lady of Momo has been developing a fascinating response to the personal challenge of responding to sustainability, and as part of beginning to share this campaign though the agency end of my creative work, Momo:zo, we’re pondering some little podcasts around it. She is brilliant, as is her plan, and the two of us chatting you might find oddly engaging. I mean, I’ve been chatting to her for nearly thirty years and I’m far from bored. Don’t feel you must ask her the same thing, of course.

Pooling this and all I do, I’ve long had the intent of mustering the regularity of making the Momo Memos an every other week little publication – out at one minute to midnight every almost-Friday fortnight. It’s only worth it if they’re useful, interesting, encouraging to us both. But I am attempting it, with the next Unsee episode due out the Friday after next as I write.

Interestingly, Unsee The Future itself, the core research cast audio episodes, I think will best become occasional now. That said, I have a number of topics on the drawing board already, including a special episode, no 31, that I feel might even be the Hopey-Changey Bit topic that all my work has lead to. But more of that in  a few weeks.

But, also of course, a central part of Momo’s plan for 2020 was putting out the far-too-long-awaited new Momo:tempo LP, The Shape of Things To Hum. I can say unsurprisingly that the pandemic has shone a new light on its story and I am responding. And I’ve also been working on various bits of its componentry, including spending a day with Andy Robinson retooling the script to The Martian Artist in light of all that we learned almost two years ago now, unbelievably, with the test show Five Songs To Help Us Unsee The Future – a souvenir edit of which I have also belatedly almost finished. Our synergy in re-seeing it was exciting, and I am in the process of shaking up the original pitch document to see if an even more relevant live experience can find support out of this. It feels urgently good. But, as ever, I have no idea how I’ll find sufficient audience for it to produce it with justice.

My plans for things like a new single are awaiting the ability to get into a live studio for a couple of sessions with musicians, of course, to say nothing of my ambition to roll out the development of the general live show with the band again. I am trusting that this will come. Seeing the principle of how Momo:zo talks can learn from Momo:tempo shows – and vice versa – is just energising. So much we could do, once we’re allowed on stages again. I miss the stage horribly, and having new music to share. This personal furlough has simply felt like trying to get things in alignment, while turning the direction… well, of my life and it’s work. It’s all terribly modest, but it’s me.

All in the ongoing exploration of the space between Art, Planet and Futurism. I will, while I still have energies, continue to try to apply my brain and heart and unglamourous experiences to helping us hear and see some life-changing new stories of us. Perhaps in this, COVID19 will turn out to be a sobering gift.