Momo plays out a second little contribution to this year’s Bournemouth Emerging Arts Fringe by joining the production cast of Peter John Cooper’s experimental play exploring the fine line between alien and human.

A week after coming out with his own conceptual theatre production, Five Songs to help us Unsee The Future, Timo Peach appeared in a creative role with fewer high-kicks, contributing some live sound design to two performances of Life and Death and Everything In Between, at Factory Studios in Boscombe for BEAF2018. And the result was at least as cosmic as anything else on the richly creative schedule that May. And as grounded, ultimately circling an especially thoughtful centre of gravity – mental health. 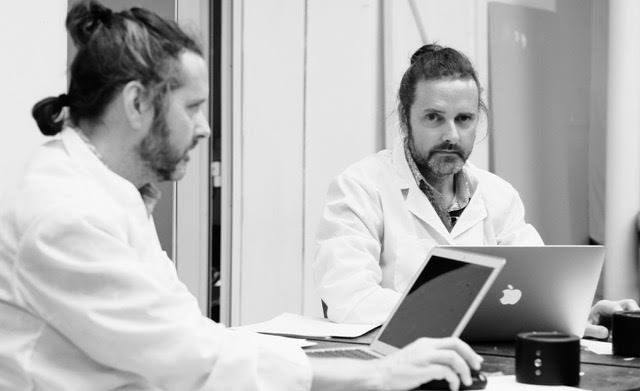 Starring Julian Harrow as Eamon Porktraddle and a small cast of characters and sound makers drifting around this almost one-man performance, captured photographically by Howard Shep, the play explores the last day on Earth of a man who may or may not be from another planet – or, indeed, on one. And as we are introduced to Porktraddle’s irascible collage of a life, it is hard to know where reality and fantasy begin or end; what is inside or outside his head.

An immersive, intimate production, Life and Death invited its audience to take part in a ‘great experiment’ – to soak up the performance, sitting around the physical space of it with the players, and then to contribute memories and fleeting impressions of their own, brought to mind by the play’s touching themes and impressionistic storytelling. A combination of the emotional and the fantastical realms of humanity that Mr Peach really wanted to be a part of.

“Peter is the best of Englishmen to spend time with,” he says of the author and producer. “He’s most importantly a terrific laugh – but he’s a great thinker in words even more broadly. So just the chance to jump into his world and work together was like being caught in the headlights of oncoming sureality when he asked me to join the team.”

A poet and playwright indeed in the very English tradition of the absurd, Cooper pulled together a story as dense in word play as contrasts.

As Jeremy Miles reviewed in the Bournemouth Echo: “With one sandal, a coat tied on with string, a tinfoil hat to keep the voices out and a flatulence problem not helped by a diet of strong beer, Eamon Porktraddle is confused by the chaos and unfairness of life. We’ve all seen people like him raging at the moon but society tends to turn its back on them.

“It’s a clever piece of writing incorporating poetry, sound and song that chronicles Porktraddle battles with his own nihilistic tendencies and his extreme flights of fancy. This is a man, who between flatulent outbursts, can equate the makings of a cheese sandwich with Einstein’s theory of relativity.” 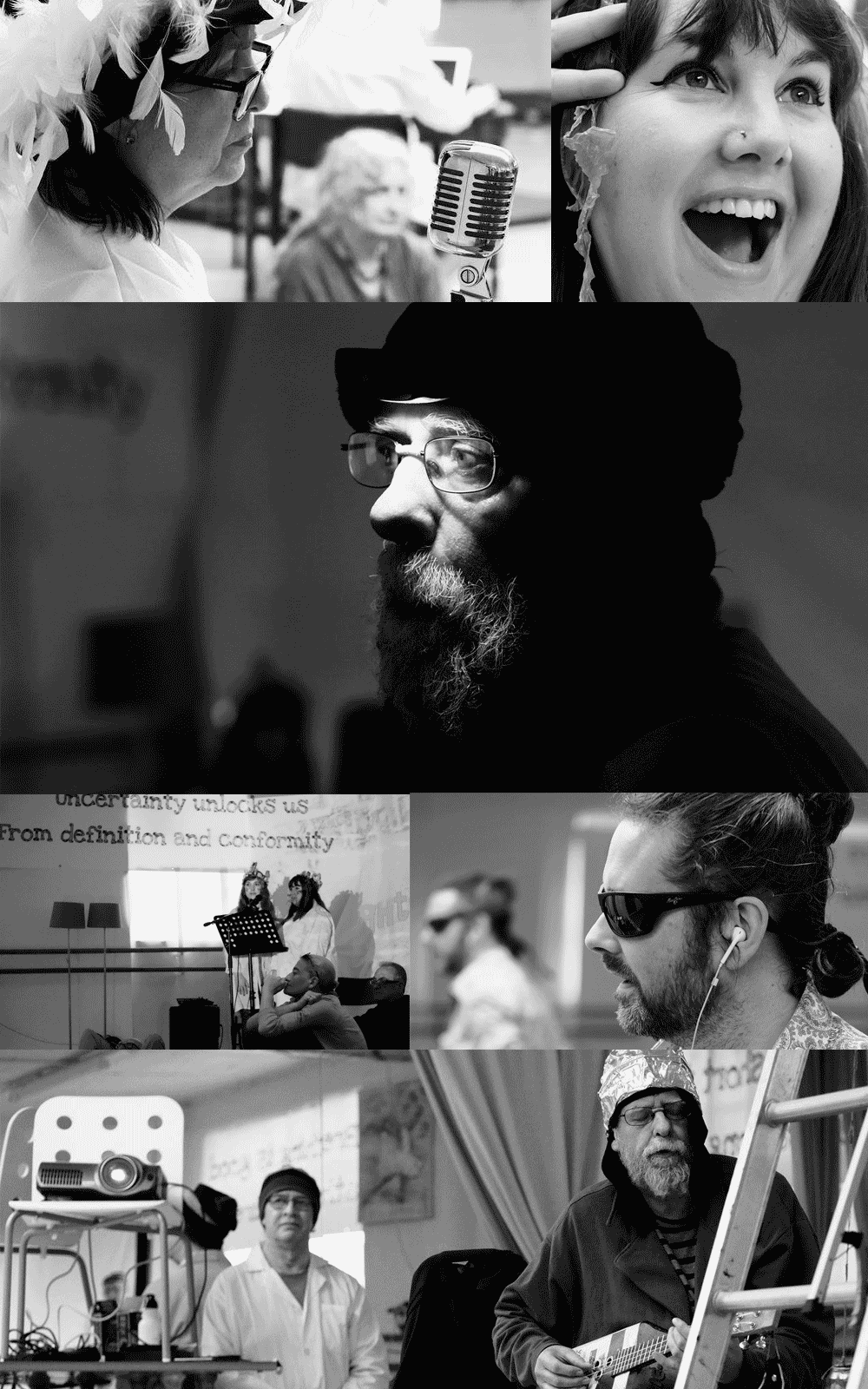 As Momo himself put it, trying to turn some of this sequence of dream moments into sound: “Peter works in the echoes of Forkbeard Fantasy Theatre or Douglas Adams or Python – a delightful preposterity, a willfully intelligent silliness, that sets out to undermine the pompous follies of human loftiness in the face of the horrors of existential scale. Life and Death offers a sort of cheery nihilism that subverts our grand schemes for, well, a kind of reverence for life’s sheer unlikeliness. Something I’ve been discovering in my own way with The Shape of Things to Hum and Unsee The Future. But where I can’t help but be theatrically hopey-changey, Peter’s outlook is much less camply didactic, even as it’s even more absurd, inviting us to suspend disbelief in the finest traditions of high-concept but heartfelt sixties experimental theatre.

“It is a hefty perspective-puller, this play, and I found it more and more moving the more time I spent with it.”

With actor and Exploreystory director Trisha Lewis as Gloria Swansong, jazz champion Paul Kelly as Mr Brass, Holly and Elinor Cooper as the Mermaids, creative music explorer and legendary alternative Bournemouth DJ Conrad Barr as The light of the Galaxy and Peter himself narrating as The Poet, Momo’s role as The Sound of the Universe was, he feels, to contextualise story a little in true manner of a film score.

“Paul was providing some ‘source’ music with live trombone and horns and looping, bringing moments of the human sound to the scenes of Porktraddle’s encounters. But surfing a laptop live, I’d sonically shaped the grander scale of things in the character’s head – the implications of how we was seeing the world: As a tiny world, lost in a vast universe, with tiny, ridiculous people trapped on its surface, refusing to see their true… predicament? Or meaning? My job was to be gently otherworldly and suggest the dilemma of someone feeling like they don’t belong: To stay or to go?”

“I think Julian and Peter had worked together long ago, somewhere in the legendary past of true experimental theatre, with who can only imagine what results at the time. But their trust showed – Julian had to kind of wring himself out in this performance, combining songs and rich libretto, but he seemed to eat it up like someone trusting a creative vision.”

Timo adds that in the end this fantastical immersive word and sound fest was exploring something he feels is of great significance to our times. Mental health.

“It’s one thing to feel comfortable with one’s own pottiness,” Timo says sagely. “I think both Peter and I cross over in such a state of mind. But that’s probably partly because, as creatives, I suspect we both have inkling or experience enough to know the fraglility of the thing that powers the human imagination – our emotional life. Our mental wellbeing. Our collective unwellness in this regard sits at the heart of global challenges, I’ve come to believe. So this couldn’t be a more pertinent subject to explore.

“And how best to approach it than by peeling away the normal scenery flats of our outlooks and storytelling, and suspend disbelieve for a curious, absurd hour. It can take us to other worlds of outlook entirely. And maybe bring us back to this world inspired with a kinder perspective.

“This is the purpose of art, to not just scratch an itch or let out some enormous fart of self importance. It’s to encourage us to see differently the things we may feel trapped by. Or may not have seen at all before.” 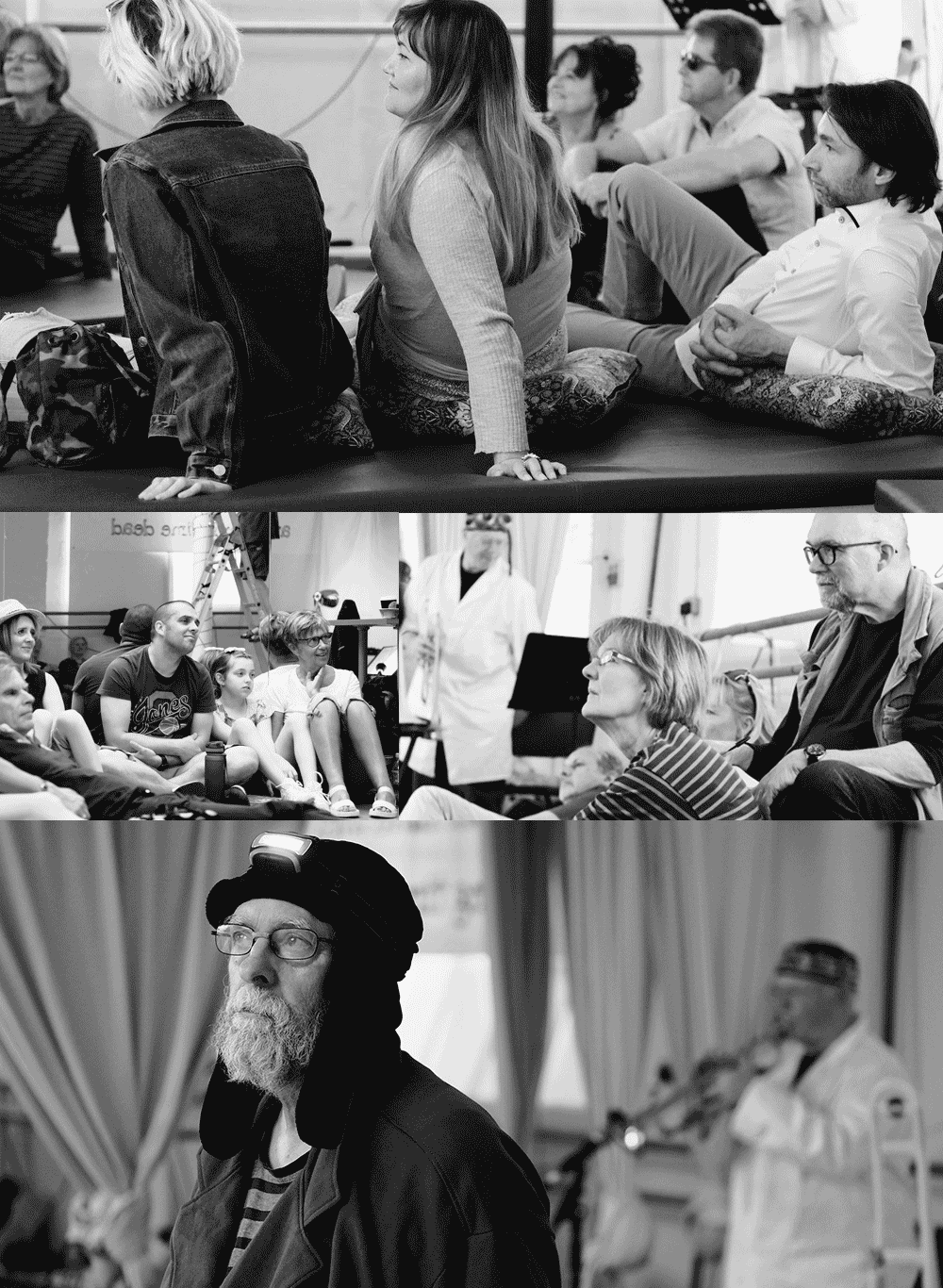