The fun new tennis initiative from Judy Murray aims to encourage younger girls to take their game to new levels, with a little additional pop character from Timo Peach.

When long standing creative friends of Momo:tempo, Thinking Juice, were first approached by current British Fed Cup Team captain and former Strictly star, Judy Murray, it was with an idea that was very clear in her head. An idea for a scheme to help girls get more out of the game – and it would involve dancing. 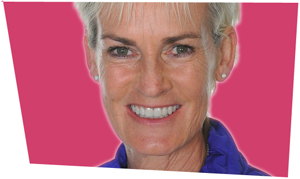 With six female characters demonstrating a different tennis serve each, the fun starter programme for girls aged 5–8 would require a touch of lively pop sensibility to go with their animated introduction routines – simple signiature tunes for Selena, Bella, Sasha, Alejandra, Valentina and Faith to ‘dance’ their own serves to, which their young fans could learn for themselves. With Billie the dog getting in on the act as well.

Judy had all six characters in shape when Thinking Juice began bringing the brand of the initiative to life, including choreographed routines for the team to motion capture and animate – at which point, the south coast’s largest advertising agency approached Momo:tempo.

“MD Gellan Watt simply thought his old chum Momo would be perfect to pitch in a bit of pop” says Timo Peach. “I get the impression the whole team kind of said “Momo” together when they got to the musical bit of the brief. Which is interesting when you consider how laughable my tennis is.”

SMASHING IT
With well known guide tracks used to build the routines, Momo’s job was to overlay original pieces with the same rhythmic structure and tone, but injecting just enough character from each of the girls’ personalities.

“It was a challenge going quite so poppy, if I’m honest,” says Timo. “These tunes had to have the right contemporary vibe as well as stand out for each character. But I think we all had fun working it through, which each of us picking different favourites in the end! I hear Judy especially likes the pooch.”

You can find out more about Miss Hits, its aims and opportunities for a rising young tennis lover you may know, on their website – where you’ll also find each of the Miss Hits themselves and can start learning their routines.