Celebrating ten years of creative partnership with the artist Hazel Evans, Momo and she announce a special release – a reinterpretation of her original album exploring an epic and intimate black & white storyscape.

It’s been one of most productive and significant artistic friendships for Mr Peach’s work, but he finds it hard to believe a decade has already gone since he first worked with Hazel Evans.

“She approached me after her first exhibition of The Monochronium, just wanting a spot of her poetry recording,” says Timo. “So, smash-cut to six week’s later and the most bonkers brilliant concept album existed.”

Adventures Into The Monochronium was timed to coincide with Hazel’s second exhibition at Lighthouse, Poole’s Centre For The Arts, in May 2012, as it’s first visual artist in residence. A collabration between her and a number of artists, including Momo:tempo, the expo explored a monochrome world with many hints and impressions of narrative, reflected especially in the recordings she and Timo wrote together for visitors’ ears.

“We neither of us expected it to grow such legs so quickly,” he says, “but it was infectious – the work coming out of us, and the flow of collaborating on it. Something about it struck up a really fun artistic friendship – and we went on to explore lots of other work together.

The face of the future.

Not least of that work was Hazel putting her face and voice to Behave New World and, in turn, the first series of Unsee The Future, all flowing from Momo’s exploration of science fiction and the way it’s shaped the future. This culminated in the pocket epic testbed musical show Five Songs To Help Us Unsee The Future, with filmmaker Andy Robinson, in which Hazel took on the part of The Muse, joining Timo’s Ghost of Future Shock in guiding an audience around  stories of scifi and a different vision of tomorrow. 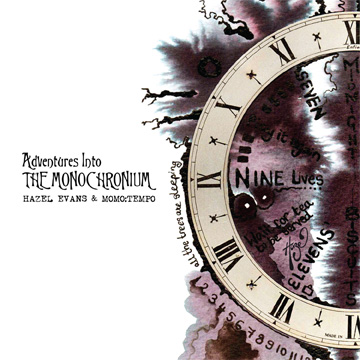 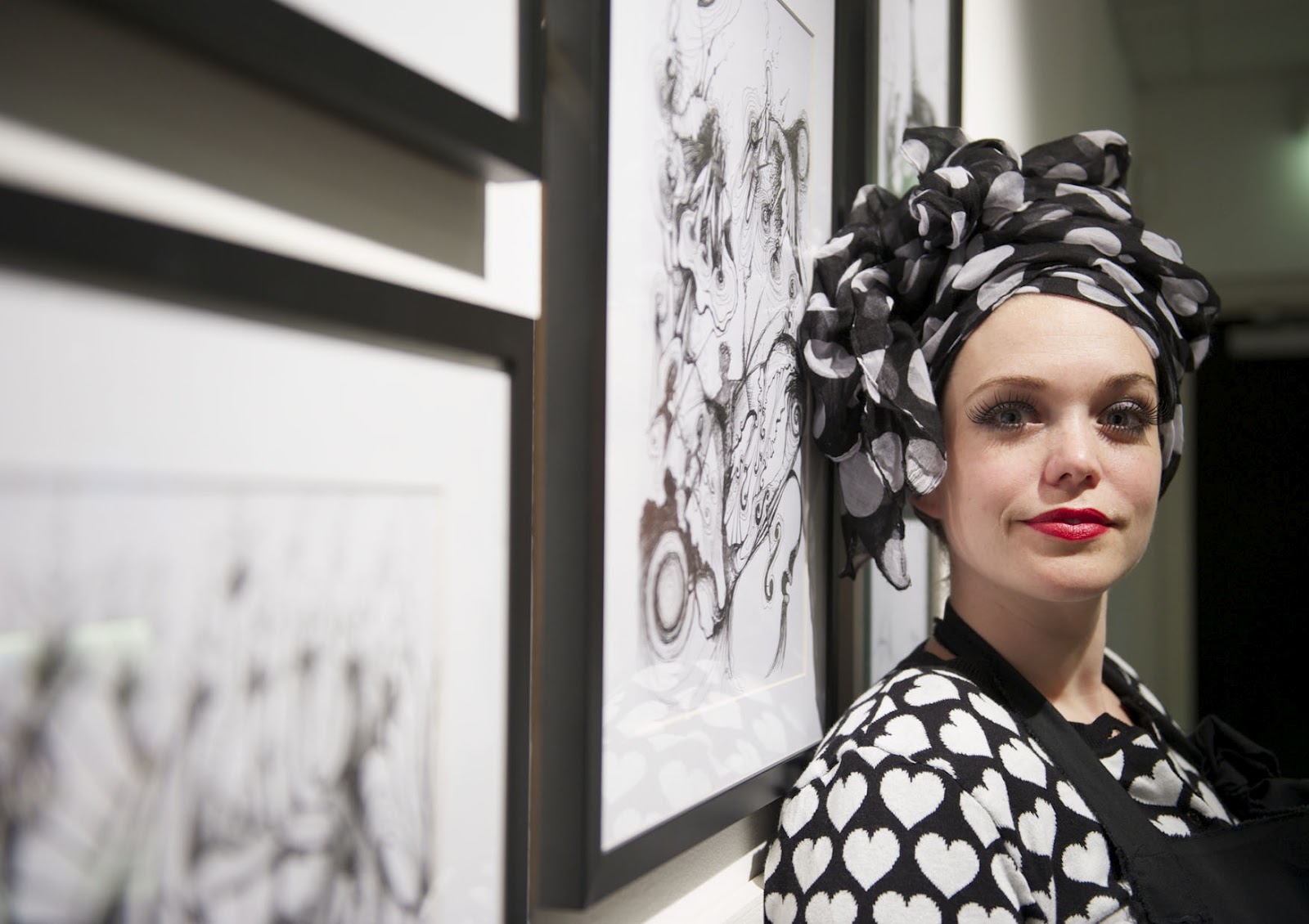 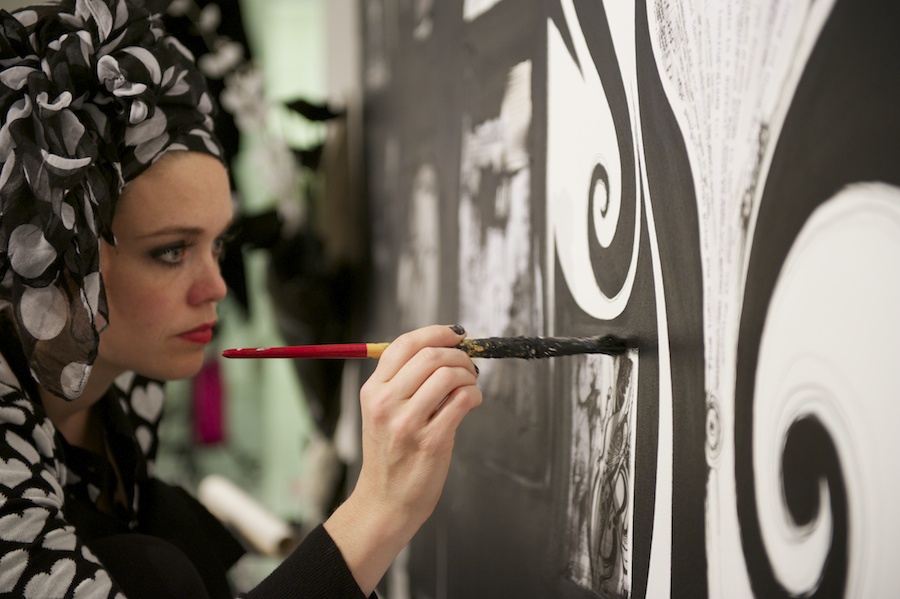 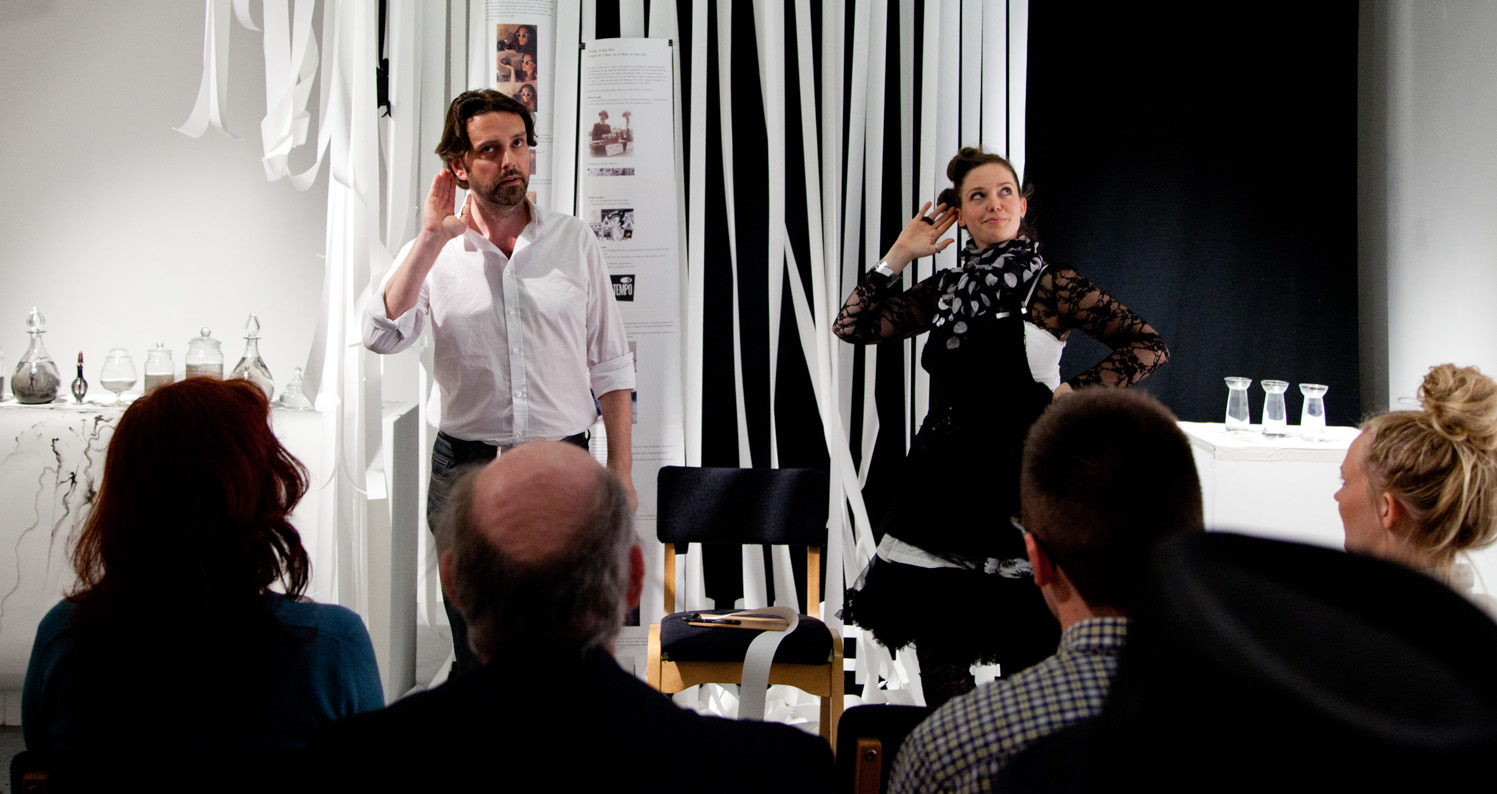 But alongside other works with Hazel, including projects with her then theatre group Valise Noire Storytelling Theatre, the pair returned to The Monochronium many times during the following decade, in live iterations of parts of the story and even developing a shooting script from Hazel’s first draft of the novelisation.

“It’s such a rich and inspiring story,” Timo explains. “In the times Hazel’s stayed with the lovely first lady of Momo and I to work on things, the details emerging from her writing have captivated us. And I think it shows in the work. It’s been wonderful to be part of. I wish I could tell you more about what happens in the narrative!”

Most recently, Hazel joined Timo on the last episode of his first interview series for Unsee The Future: The Hopeychattybits. “Meeting artists, solarpunks and changemakers reimagining the stories we think we’re in”, episode ten turned into a bit of a celebration of Hazel’s work and the pair’s artistic friendship, as well as an exploration of the inner landscapes of storytelling that might have much to say in times of crisis and fear.

“We went back to Lighthouse to film a special, thanks to Elspeth McBain, the centre’s director, and to Michael Hancock joining us to record a wonderful chat,” Mr Peach says. “And as ever, we had rather too much fun.”

Time for the prophecy.

But in getting together again for the first time since before the pandemic, Hazel and Momo felt there might be something to say with a celebratory re-release of the original LP.

“It’s a waypoint, ten years,” says Timo. “It feels like a midpoint moment in time – a chance to acknowledge the past and celebrate that work, but also to look forward to the implications of it yet to come.”

“It was tough to remove The Art Of Waiting, The Wardrobe Post Office, One Momo In Time and Transcribbling The Ages,” Momo says with sadface, “but they still exist in the canon of The Monochronium and will feature in new incarnations of any theatrical realisations of this story. They are parts of the tale. But this flow is saying something in particular, and it is beautiful as Hazel has gently re-imagined it.”

“I felt like I was almost being ministered to as Hazel added some vocals to things in the sessions” he says thoughtfully. “This is a wonderful celebration of musical artistic work I’ve always been super proud of. It’s worth 40minute and 40seconds of everyone’s time in good headphones.” 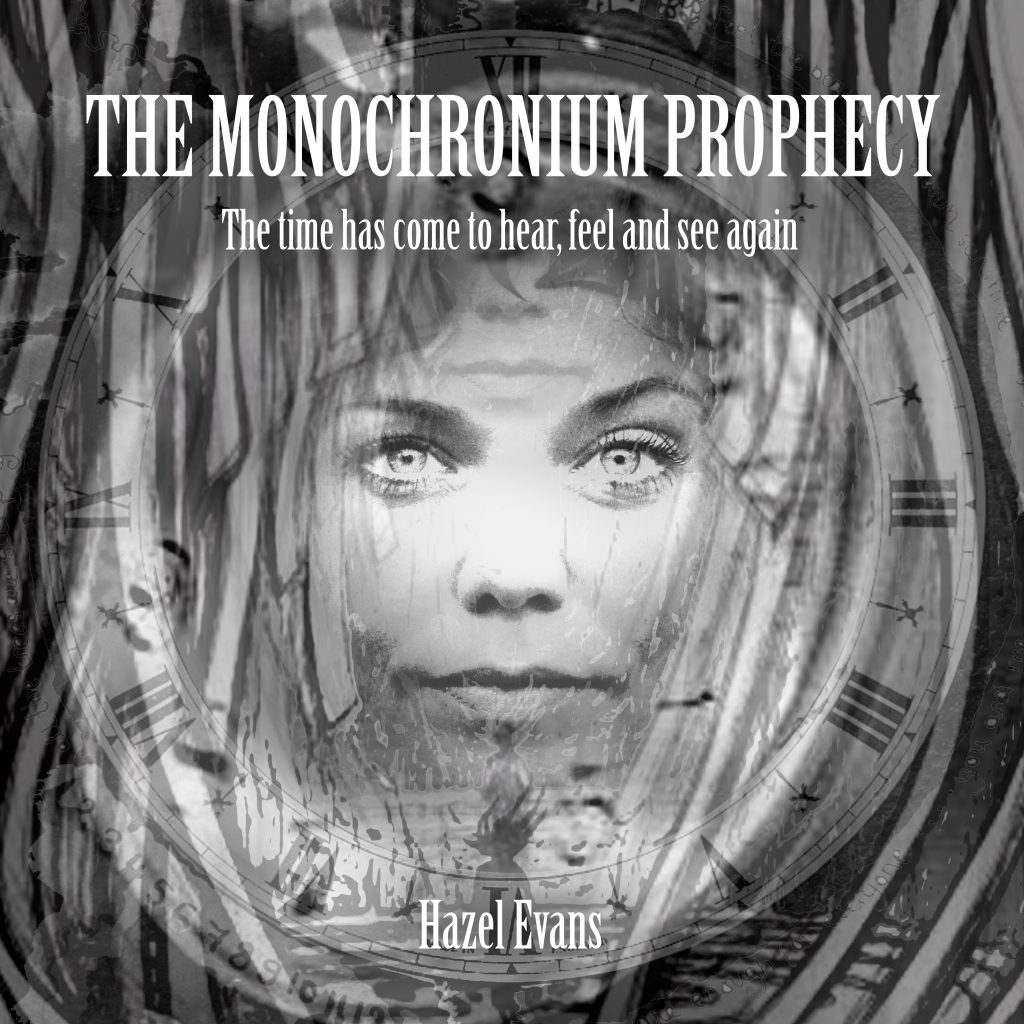