Have you ever felt that you just don’t fit in? This is the question posed by Banana Moon Puppets‘ story A Fish Out Of Water. The tale of a boy and a fish finding each other, it’s a graphic silent movie in gentle technicolour, some of which is musical, thanks to an invitation to the bloke from Momo to help create the experience.

“When Anna first contacted me with the idea, I was really intrigued about the process,” says Timo Peach. “It’s such delicate craft of a truly ancient seeming kind and as I sat with this tiny narrative I felt moved to be part of it. 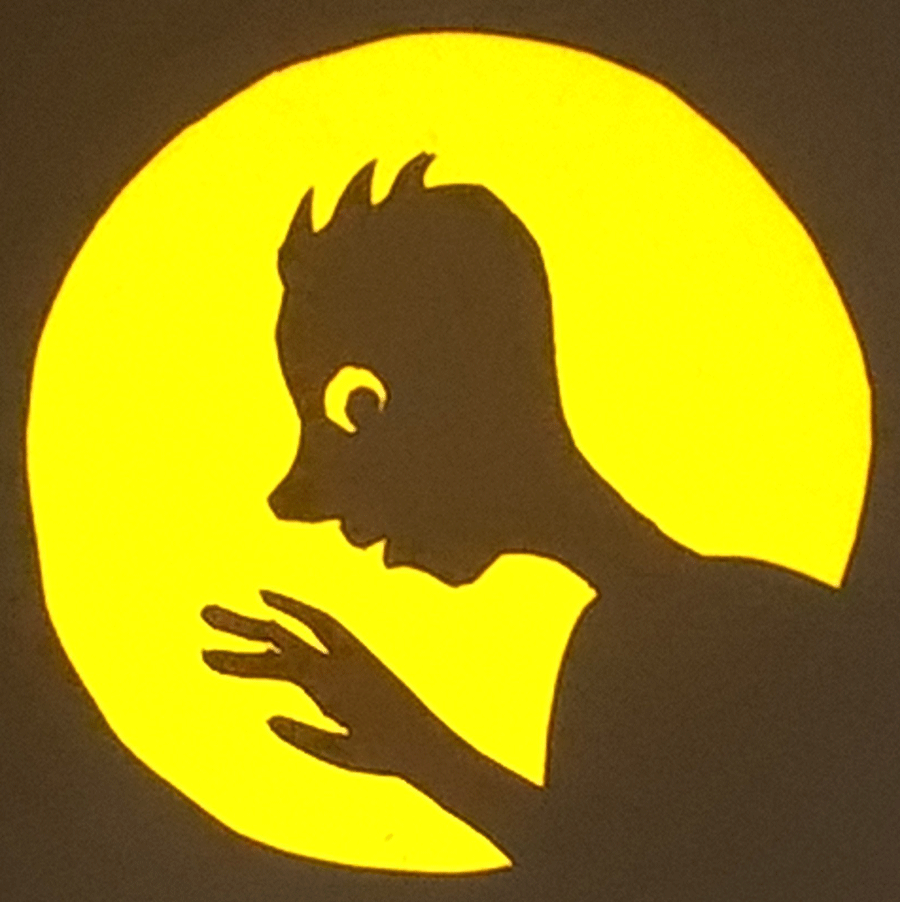 Artist Anna Shiels has been developing her light puppetry style for some years, often using it in schools performances. But it can be an instincutal process as much as a planned one.

“I have little ideas for things but often find a style, a shape, is the starting point to physically play with and see how the characters want to behave. It’s a quite flowing process and it can surprise me how a story turns out.”

The effect is gently magical, and seems to Timo suspended somewhere between ancient and modern storytelling.

“It’s such a tiny experience,” he says, “but it’s oddly moving. It’s interesting that the tone of the music that fell out of this for me is very slightly sort of far-Asian. There’s obviously something of a very old perhaps Japanese tradition in the craft, but there’s also something very 21st century about the theme of lostness and yearning for flow. I didn’t try to tap into any culture with the sound, just follow the starting point of loose rhythm and organic sound that Anna and I discussed, but she was very open to work with and there is a hint of both old and new Tokyo about the complete end result. I quietly love it.”

“It strikes a significant chord with ideas of mental health and emotional wellness” he says.

Light Up Poole is a public art festival of light design, with performances of A Fish Out Of Water taking place in Scaplans Court in old Poole high street regularly across the evenings of 20th, 21st and 22nd of February 2020.

With thanks to Manuela Boeckle for photography.

Listen to the complete pocket score to A Fish Out Of Water on Soundcloud right here: 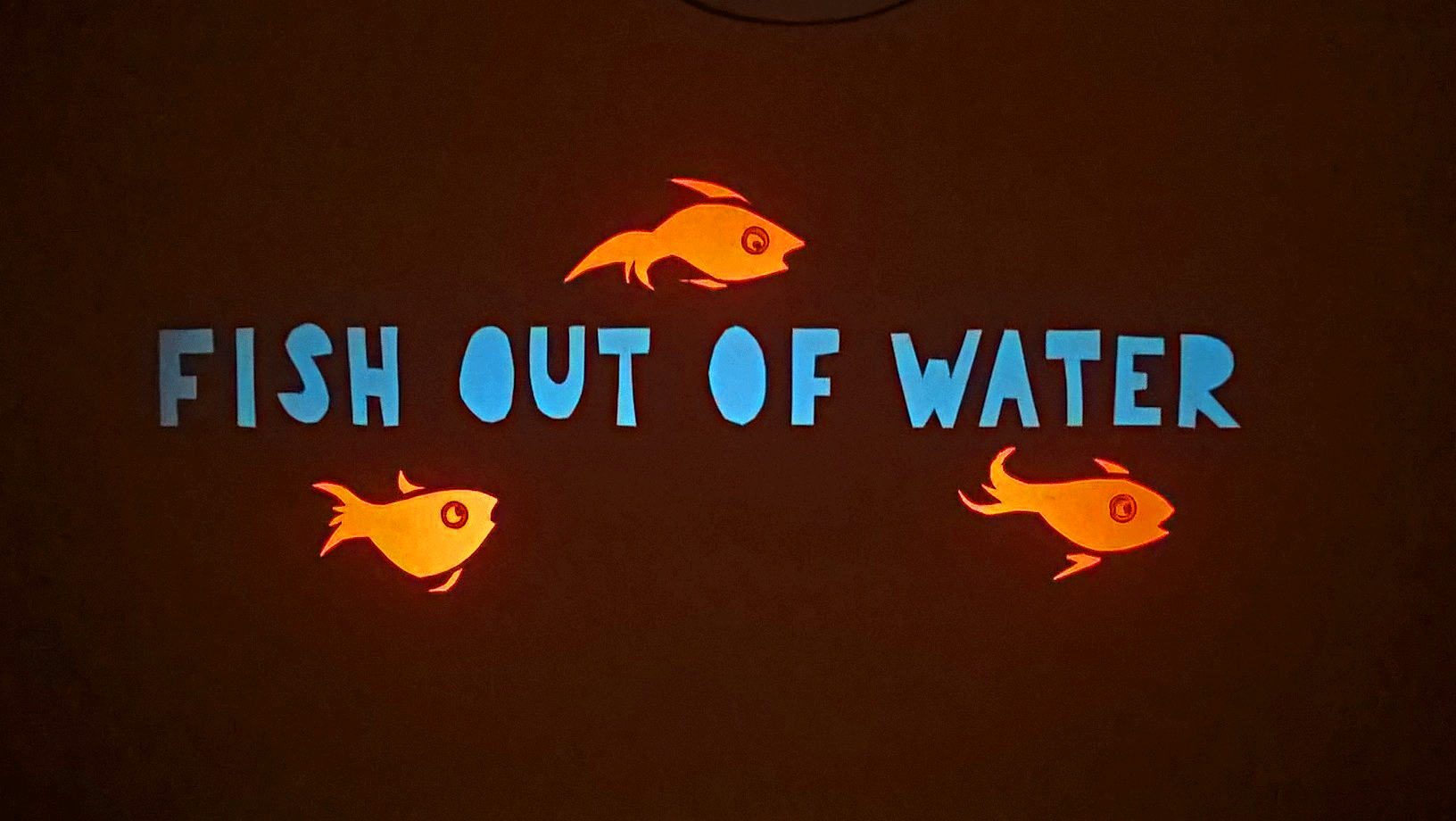