When it comes to thinking about tomorrow, there seems to be a world of challenges for children and young people to try to make sense of today, and schools are often at the forefront of helping them engage. And their parents. But perhaps children’s TV still has lots of opportunity to join in and explore today’s planetary themes more. Bournemouth film and TV production company Love Love decided to create a playful response to the grown-up problems of now by pouring some dedicated time into a passion project, aiming to help inspire young minds with new perspectives on one particular big problem for humans on Earth in the 21st century – the plastics waste crisis.

Bottle Island is a preschool adventure series that encourages smaller folk, just ahead of their formal education years, to think about care for the planet.  As the team says: “The series follows a group of quirky friends as they work together to try and save the island from the rubbish that washes up on the shore. Through their eco-adventures, the characters discover the wonders and perils of the world around them.”

And to bring alive the sonic dimension of the show, Love Love approached the bloke from Momo to score the development pilot episode, and to bring voices to the characters themselves. 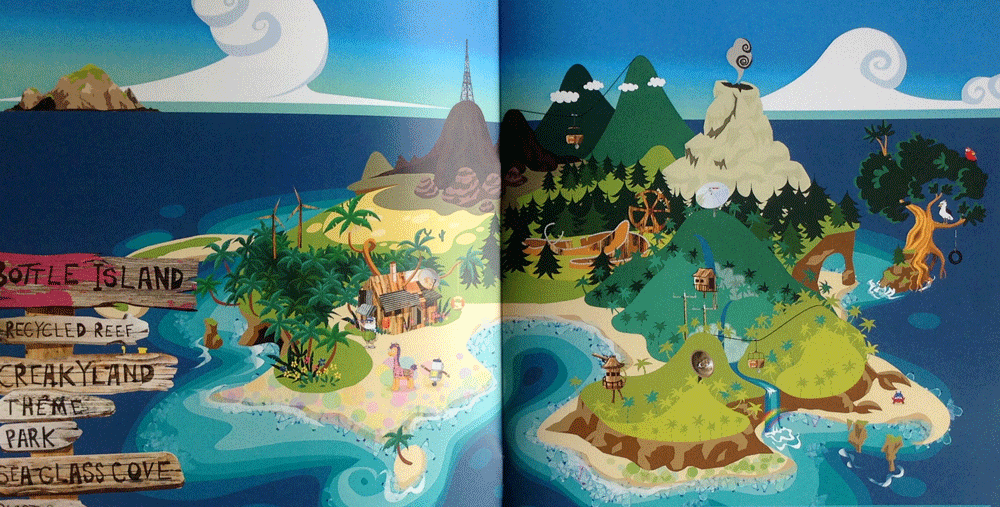 “What a gift of a bit of work,” grins Timo. “When I first saw the production stills, I was enchanted with the background style of Bottle Island‘s world, especially influenced by Joanne Salmon’s work on the team, along side lead animator Sunny Clarke. And the whole premise of it had me hooked – a great way to get younger children making sense of the crazy state of consumer waste.”

As well as looking for a musical language to backdrop the characters and their island world, Momo had to help them literally find their voices.

“Of course, I’m as much a performer as I am a composer,” Timo says, “so I had enormous fun working through with Georgie and Ollie how the different personalities of Bottle Island would sound. And I had no hesitation in turning to m’great mate Michele O’Brien – storyteller and Valise Noire Theatre co-founder – to join the cast. She’s a brilliant warm presence, even just in voice.”

Script lead Oliver Selby also wrote the original title song, which Momo helped to bring alive – and with it, a very particular sound to the music.

“I essentially collected a few different items of plastic from our own recycling bin and mucked about with sampling them – hits and slaps and various plasticky percussive sounds. Then built up a pallette of musical sounds to write with. It’s a bouncy, cute vibe that’s come together, helping to simply posterise the sense of these odd characters in a sort of bonkers tropical setting.”

Love Love MD Georgina Hurcombe says the team did enjoy trips to the Momo studio to not just hear all the odd noises and music but how Timo and Michele were auditioning up the characters’ voices.

“There was never a dull moment in Timo’s shed. We did all have a good laugh working up crotchety old Prof Z and chirpy robot Socket and the ever sensible Nurdle, who’s probably the real brains of the gang. And those crabs…” 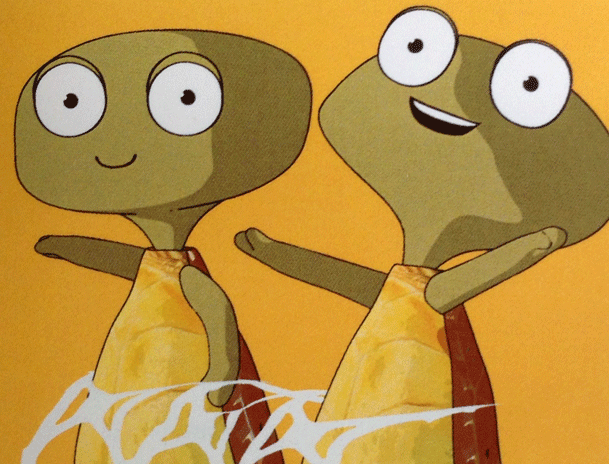 ” I think my favourite characters are the conjoined turtles, held together by old beer can rings – the two Rons” says Timo. “It’s a brilliant idea and grimly based – as everything is in this show – on evidence of just how plastics and other human waste deforms natural habitats for animal life. But they’re also kind of a funny pair, and I thought it especially amusing to make one of them sound a little unsophistocated while the other was a sort of hispanic lothario. When it comes to animation, you sometimes have to run with what instinctively flows as funny and the team graciously let me!”

Head of UN Environment, Erik Solheim said of the show:

“It is crucial that the next generations understand the enormous responsibility and power that they have. They need to know that they can truly transform this world to make it better and that they don’t need to make our same mistakes. We can’t reach out to them with scientific reports. Bottle Island is a great way to help them understand environmental challenges, to realise that solutions are in our hands and to have fun with a bunch of rather crazy characters on a peculiar little island!”

The team hope to share news of a commissioned series of Bottle Island in due course. 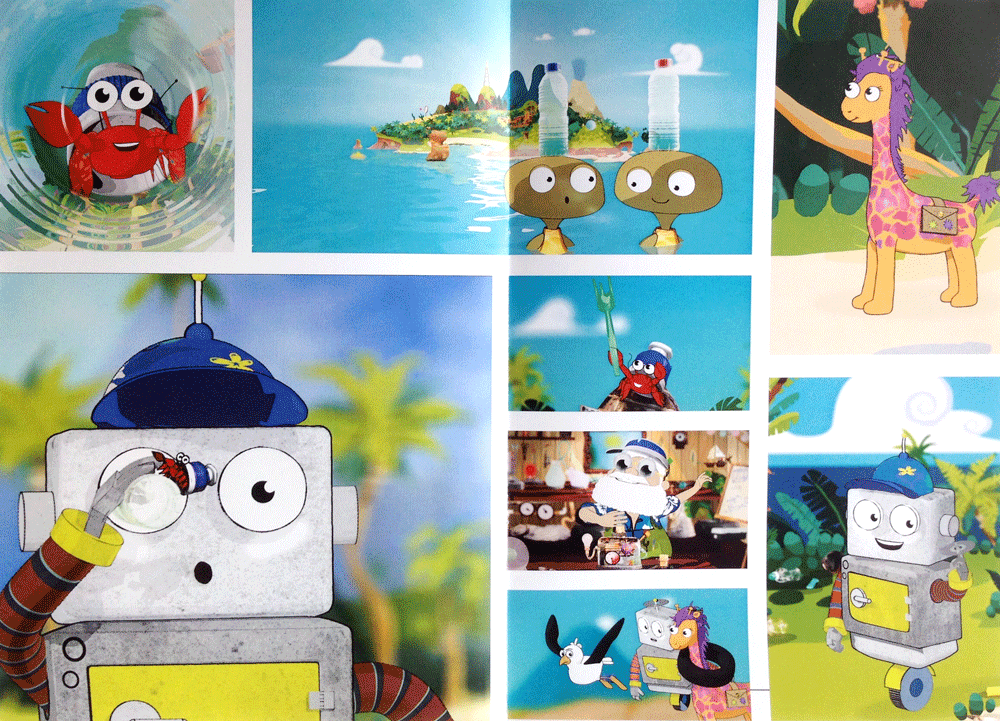