It’s back. The more hopeful human tomorrow – Good Friday April 19 2019. Or is it? Timo Peach returns as the bloke from the podcast that tries to pull together the themes all around us in the now of fearsome realities, to make more human sense of the possibilities in the madness. If that’s even possible.

Is it time to get thinking outside the box? Or the circle. Since last year, Momo has been resting the broadcast voice and planning the infamous podcast that spent it’s first 20 episodes trying to make some loose sense of the UN’s Sustainability Development Goals. For, as revelatory as they were, was there value in pursuing the format beyond them?

” I did wonder if there was good enough reason to bring back Unsee The Future,” says Timo. “It was a very complete idea, series one – using the slightly baffling SDGs as a structure to look at the world’s set of challenges. But sitting with the idea, I simply thought it might be a shame to stop the flow of it, having learned so much so far. About the topic and how to do it.” 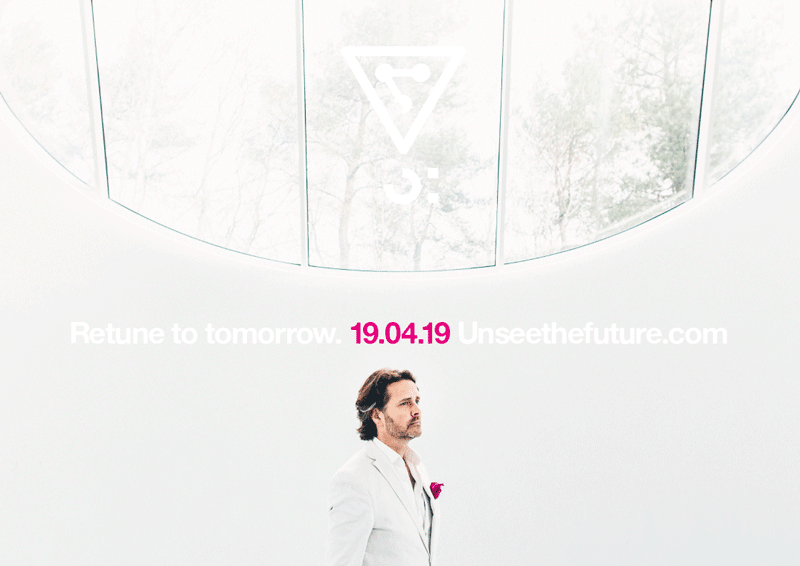 The return of the show opens up the idea of trying to form a complete picture of the human planet today by circling back around the connected challenges of it at slightly finer grain.

“There are just so many themes of now, the Now of fearsome realities as I often call it, that it seems still a good vehicle to go further. Like the Global Goals were just the launch pad” he says.

“We are here precisely because old business as usual is failing. It’s time for new stories of us like never before. I hope to find some.”

But rather a lot has happened since the special super-bumper episode 20 Art went out.

“If anything, things have gotten crazier,” Timo says. “The political theatre in my home country alone is beyond all reason now. But in all the exploratory spaces I’ve been to in the last six months, outside the bubble of Twitter and old media, people seem to be mainly just getting on with work and planning. You have to be careful with the nation-testing drama of Brexit that we don’t believe all the hype. While also being bold in exploring way more positive visions of the future than the misery of this cultural cloud, and others. We are here precisely because old business as usual is failing. It’s time for new stories of us like never before. I hope to find some.”

With the new series comes a new dedicated website.

“Yep, Unseethefuture.com is launching on the day too, just to keep things nice and tidy. Between my work as an artist, trying to make personal playful sense of things through the music of Momo:tempo, and my work as a creative director, attempting to encourage new ways of seeing in other people’s initiatives and business with Momo:zo, Unsee is my public research project. And somehow, I feel they all three fit together. But often folk will only find one of those circles of Momo and this is just fine – the podcast on its own is a nice little world of thought and I’m happy to create a space all for it. Into which I shall be adding some videos around the official radio episodes, which I’m hoping to keep to half-hour events each.”

And the topics we can hope to explore?

“Well, across this ten-episode second season, you can expect a random series of subjects. But components of now that I think are worth stating some obvious things about, to help us get them straight in our heads. And hopefully too, one or two helpfully new ways of seeing things.”

Subscribe to the Momo:memos to join in with the conversation a bit more.