The brand new, long-awaited project from south coast creative, producer and future seeker, Timo Peach, is… coming. But ahead of announcing what he’s been up to in the shed for two years, the bloke from Momo:tempo is launching a little campaign to ask people from the many worlds of fandom, across music, arts and science – how has the most visionary storytelling genre shaped them? And you can help – by ‘gramming, Tweeting, posting and sharing to #myfi @momotempo.

Science Fiction, it is said, used to be rather looked down on. Seen as silly. Considered lower art. But not anymore. Why? This is a question Timo Peach has pondered a bit lately – and now he’s engaging all the minds he can make contact with to hear their stories of how different visions of reality changed their own. 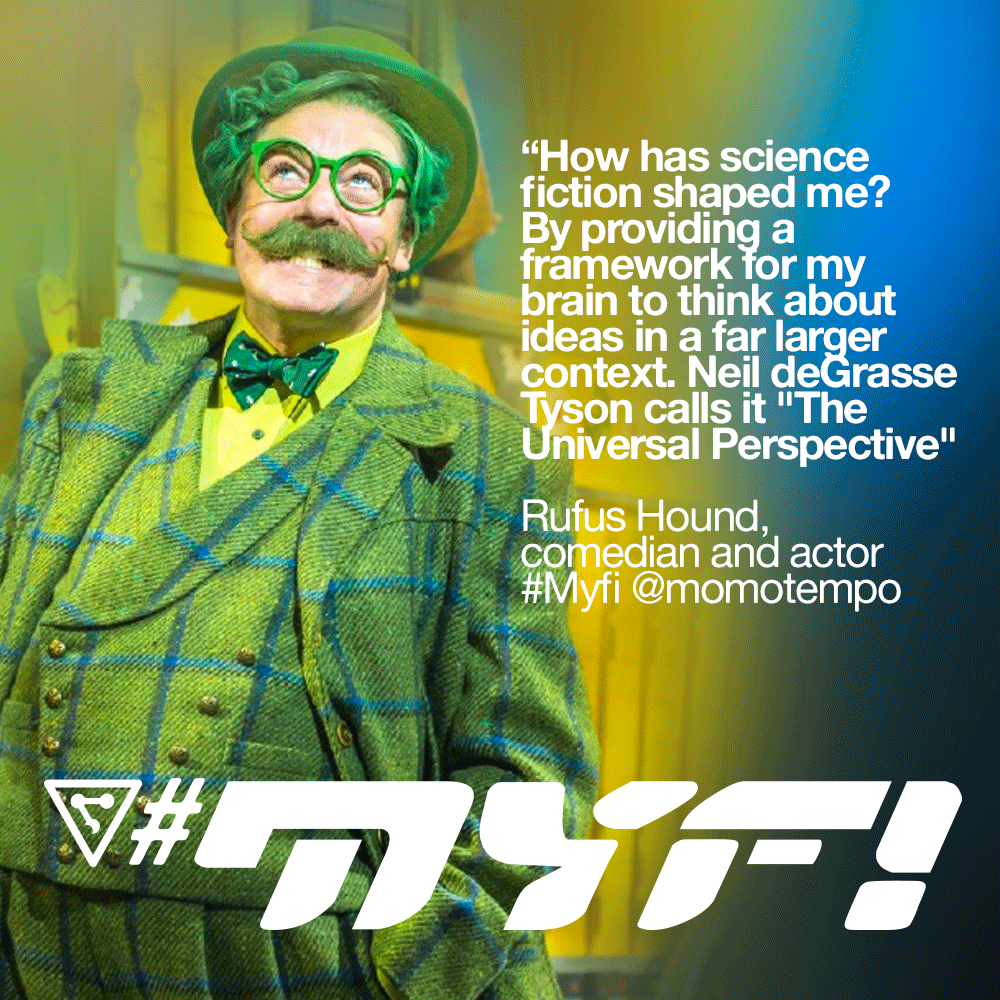 Appearing most immediately on Momo’s Instagram pages, Myfi – How has science fiction shaped you? is a simple online thread across the Momo channels, collected into regular full blog posts, looking for the human experiences affected, caused, encouraged or remedied by tales of alternate realities and far flung futures. But why is Mr Peach embarking on this great voyage? And what exactly counts as scifi?

“I’m doing it as a beginning to sharing what else I’ve been up to in the studio since Thespionage,” he says, “it’s a little relevant.

Many of the followers and family of Momo:tempo and Timo’s work are imaginistas of one kind or another, regularly working in or celebrating science fiction’s many worlds, and so taking the music project into space was a natural fit, he explains.

“All the solar winds seem to confluence on me heading to the stars with the next LP, and it’s lead me further than I imagined I’d go. But the starting point seemed to be listening to the heavens before blasting umpteen thousand tons of creative lift into trying to get into orbit with anything – be like a radio telescope before chemical rocket. And so it wasn’t hard to find people to ask about what science fiction has meant to them – and what it’s meant is many deep, quickly personal things. What I’ve heard already is moving and interesting and oddly relevant.

“People draw the line in slightly different places about the nature of scifi, but all agree it is trying to say something. Illuminate something. Shed new light on the human condition in ways other more direct storytelling can’t always reach so affectingly. It uses the possibilities of science and technology to often look forward, but sometimes sideways, at where history might go or might have gone.

“Science fiction is the great What If. And it’s great effect has been far from accademically philosophical – it’s made people feel more human. More themselves. More… envisioned.”

As Timo discovered just from this first collection of responses, people have found their value systems, their careers, their talents, their friends though science fiction.

“Through books, film, TV, games, the genre has inspired people. It may start as fantastical escape, but it ends up changing lives. I’ve quickly heard testimony of people relating to characters and stories becuase growing up they felt like outsiders – and scifi showed them was normal, or cool, or interesting. And it lead people often to find other people who explored similar themes in their own life. But scifi fandom is a very broad church – it’s not all about picking over the highest resolution geeky details of things. That’s only part of the fun.”

But is there a relevance to now, beyond the fan community? Timo seems to think so.

“As a friend of mine, writer Peter John Cooper, commented on the thread under my little launch film, ‘Sci-fi always comes to the fore when the world is in trouble” – and we are living into some fearsomly interesting times on planet Earth. It’s what has lead me into the subject so deeply these last two years.” 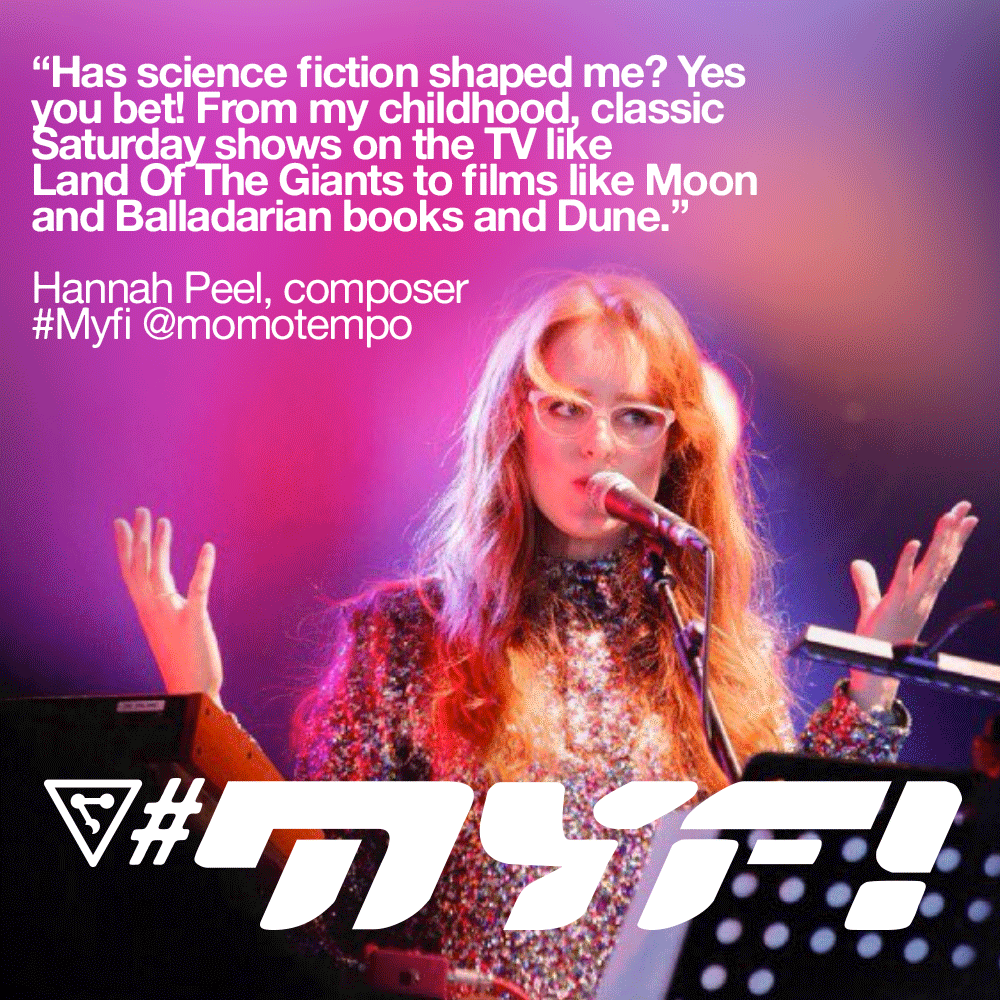 But Timo’s background made science fiction in general a natural fit for him to explore, even before the acceleration of techno-social and political 21st century life into everyone’s news feeds.

“I grew up, famously, with scifi. It’s in the blood. My mother was an original Eagle reader and Trekker and brought me up with a wide-eyed sense of wonder on the world as a result. So the genre has always felt as much part of me as music. Not that this stops me feeling ignorant,” he adds. “The more I’ve met real nerdles over the last five years or so, the more I realise how much I don’t know. These folk go deep!”

But responding to Myfi doesn’t have to go deep, he says. It’s open to everyone.

“Talk to me. I’m building a colourful little wall of human voices on the subject. Share your experience of science fiction. Snap an image that seems to fit, post a quote, a comment, a memory with it and the hashtag #myfi to @momotempo on Facebook, Instagram or Twitter, to tell us how scifi has become part of you.”

“In times like ours, I’m interested to hear how your vision of the future is being shaped.”

The results will be regularly reposted in Momo’s blog, the Lingo pages, and across his channels in an ongoing exploration of themes and experiences. And the aim is to create an exhibition of posters.

“The next project will involve a physical space, and part of that I would like to make a testimony to as many human experiences of visionary storytelling as possible. People’s images and quotes pulled together into a spectrum of, well, vision.”

READ THE FIRST COLLECTION OF #MYFI STORIES ON THIS LINGO POST >

One thought on “Momo launches #Myfi – to ask: What does science fiction mean to you?”