Hosting Jazz By The Sea Festival’s celebration of global musical influences for his second year, the bloke from Momo got to meet five acts across one swealtering day in June, in Lighthouse Poole’s Sherling Studio. But, getting more involved with the festival this year, Mr Peach admits that at one point the finale show demanded a little extra creative thinking – producing a few additional sweats. 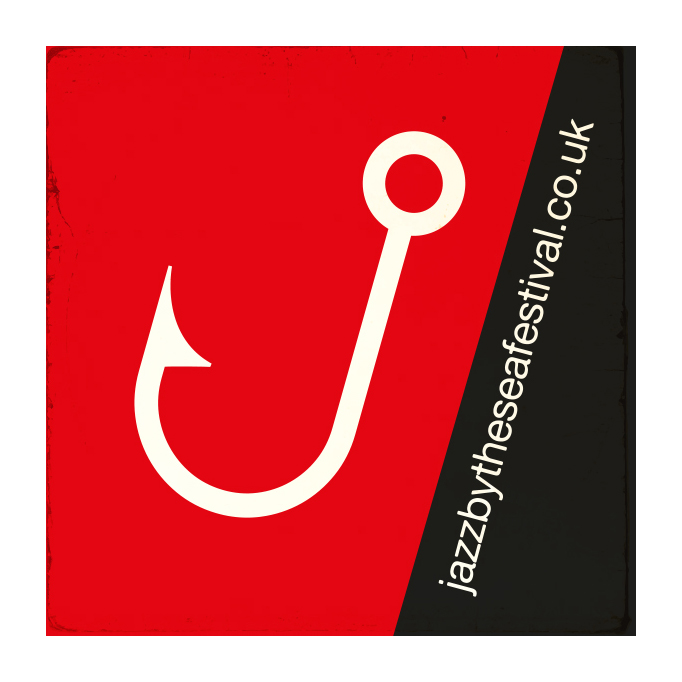 A week of music across Bournemouth and Poole in the heart of the south coast. That was the aim of the third year of the Bournemouth Jazz Festival – rebranding in 2017 to Jazz By The Sea. And what a week it was, with some forty venues hosting all manner of bands and music, exploring the broad spectrum of jazz. From headline names and spaces, such as James Taylor Quartet at Mr Kyps, Incognito at Canvas and Radio 2’s Clare Teal in Lighthouse Poole’s concert hall, to a wealth of talent from the area popping up in music venues, bars and cafés almost everywhere, it seemed. Swing, blues, beats and bebop and consumate improv chops on display at every turn. Tom Gwyther even spent five days driving a jazzmobile around town, stopping for regular lunchtime recitals at Bournemouth University and showcasing musical skills from the branded back of a truck.

And as a bit of a finale to the sunshine-filled week, Timo Peach was invited to host this year’s selection of names to bring musical flavours and heritage together from around the world, The World Jazz Jamboree. And it signalled a deeper involvement in the festival for him this year.

“I really enjoyed meeting new names to me at last year’s Jambo,” he says, “and I felt drawn to accept the team’s kind invitation to join them in putting together the 2017 festival. It just seemed like a natural thing for Momo to help encourage.”

Although public duties would take Mr Peach to the stage as host, creative energies for this year he restricted to brand developmental, rather than musical, with Momo:typo shaping the new logo, messaging and outline campaign for Jazz By The Sea.

“I’d love to bring the Momo:tempo Electro Pops Orchestra’s new line-up to the festival, ” he grins, ” but this year didn’t seem like the right moment for this, for me. You can spread yourself too thin with excitement. Or I certainly can. With other work in development in the studio, I’ve yet to put the wheels back on the live shebang for Momo, and it felt more the thing to help shape a new visual chapter for the festival – a fun opportunity to help the team take the vibe of the week up a notch. A great invitation to make a new name for itself with, well, a new name! Building nicely on the success of the first two years. It was an invitation I couldn’t resist from Gerry.” 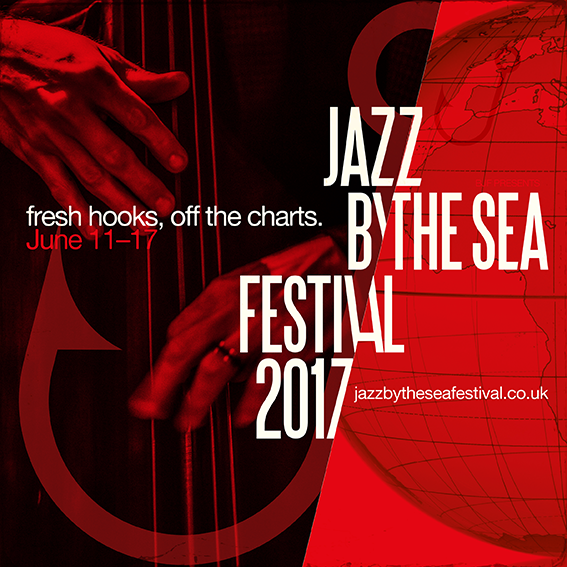 rmulation of the third year, drawing on a rich network of south coast based musical talent and unearthing some gems from out of town, Timo reflects.

“Gerry is the engine of the festival and brings a lifetime of entrepreneurial energy to it. And this year really tapped into the network of venues and musicians to bring a growing sense of shared party across town.”

The visual vibe drew deliberately on the most obvious references – Blue Note-style LP covers. And for the press launch in March, the team produced 12″ folders and content.

“Well, press launches should be fun. And I had a hunch everyone would love the big record format,” says Timo. “And this is a still fairly new jazz festival. I felt the thing to nail clearly was that tone – a classy but graphic sense of jazz. It helps to place people unambiguously and build a basic sense of qualification to build on and play with in coming years. Not unlike writing a score – help people feel just what’s going on before you begin to subvert the story. And what’s going on, is jazz, baby.”

“And then there is the World Jazz Jamboree – and once again, I got to be a kid in a sweet shop. ..And also, for a little while there, a grown-up in a sweat box.”

Moving to Lighthouse Poole for 2017, the Jamboree took place in a setting that all musicians subsequently loved playing. Although one of the artists in particular did earn a bit of a story out of the experience, as Timo explains.

“In the heatwave of this week’s weather, we not only tested the comfort of the wonderful but un-airconned Sherling Studio, we had traffic challenges before folk even arrived” he grimmaces,” which for a host could be a worrying development. The M3 motorway was allegedly closed for some of the morning and then… well, then our early evening name had his band half marooned by buckled train tracks.”

Cuban Violinist and composer Omar Puente was due to bring songs from his ecclectic and deeply personal new LP, Best Foot Forward. Due to open the two evening sessions, following the infectious township grooves of incredibly local band Thokazile Collective, the lyrically summery Brazillian perfection of Mônica Vasconcelos and the almost Morriconesque interpretations of Gianni Berengo Gardin’s beautiful photography from Tommaso Starace, who opened the Jamboree at lunchtime, the 7.00pm artist arrived with two of his bandmates, but missing three others.

“‘They are stuck in a tunnel’ Omar said to me,” recalls Timo.

“‘Where?’ I asked. ‘Southampton’ he replied. ‘This is an hour away at least from Poole’ I rejoined blithely ‘and you’re on in an hour.’ He looked at me just as calmly and said: ‘We’ll make something work.'”

Making something work meant opening the session a little late and then creatively filling while Mssrs Peach and Clarke fielded telephoned assurances that the rest of the lineup were on their way.

“We had keen audiences for the five shows of the Jambo,” says Timo, “and they were queuing in the hallway ready for the doors to open. So I had to jovially inform them of progress periodically before we committed to admission and Omar went on with just lead singer Caroline and very well furnished percussionist Flava. But I introduced them as a live example of ‘building a band’ and made a sort of thing out of it. They then made showmanship pluckily until I could swan in and theatrically introduce the bassist, drummer and guitarist, fresh from the taxi. By the end of their set, the crowd were on their feet and stomping along.”

“I never broke a sweat about it” Mr Peach concludes. 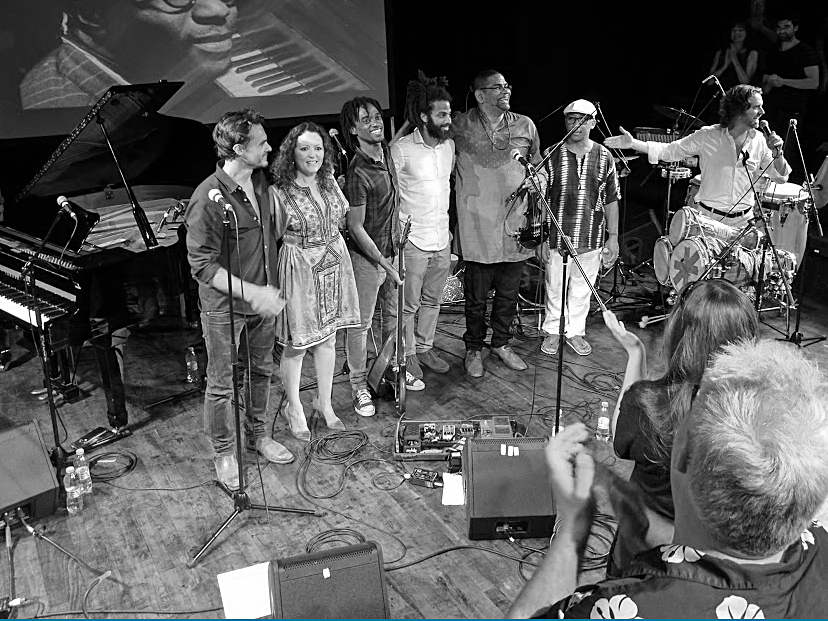 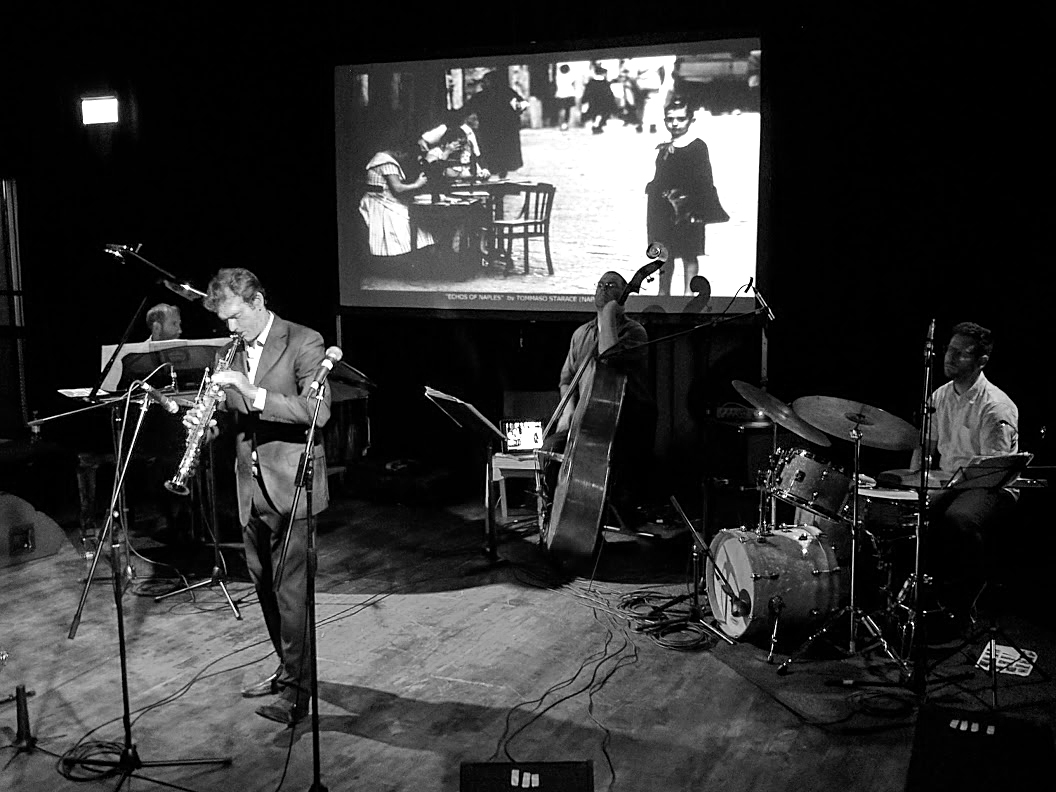 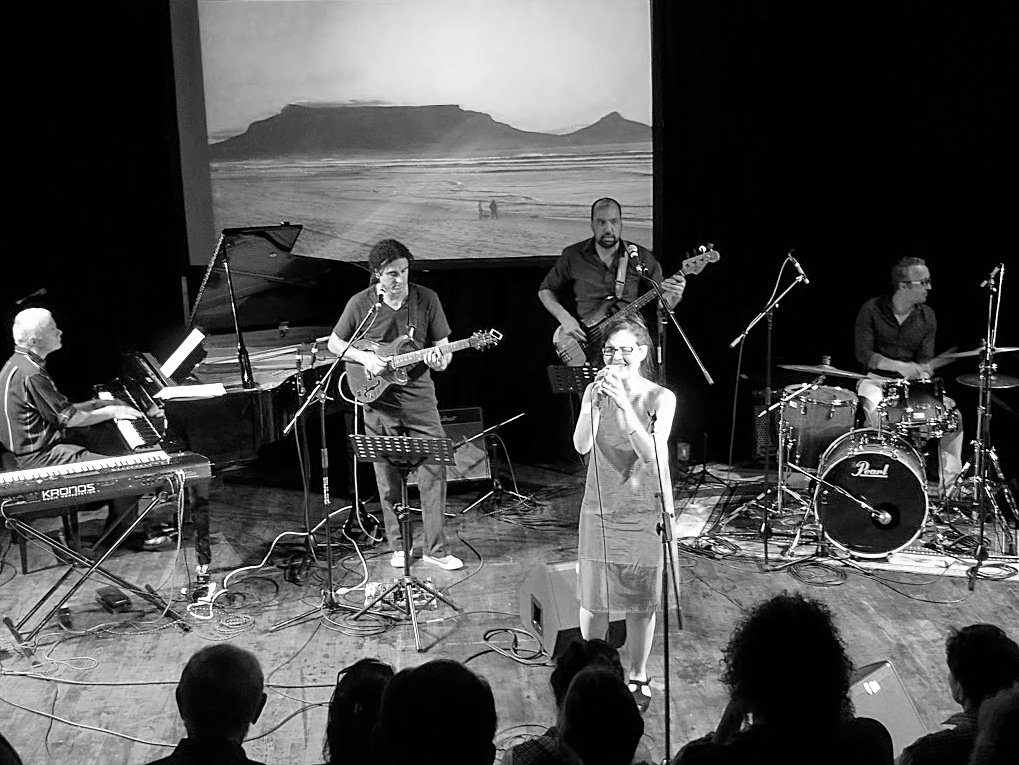 With the much loved global dub of Soothsayers finishing the day with tight brass and vocals highlighting thoughtful global worldview over their big summer grooves, the World Jazz Jamboree was a fitting send off to the Jazz By The Sea Festival 2017. And responses across social media and the press resound it as a success to build on again next year.

“I loved being part of the set up of the festival and getting to meet who I did was wonderful. Idris and the Sooths were as impressive to finally hear live as I’d heard they’d be – they arrange such a strong but interesting sound with sax, horn and three-part vocals over the big backline talents, but it’s their commitment to challenging perceptions of the world that really elevates their skills beyond the party. And Monica’s sound was a creative delight for a summer afternoon. We ran out of her CDs – best pal Julian nobly gave his up for an audience member having travelled internationally to join me for the music. While Omar was a true showman across his creative versitility and meeting Caroline and Flava from his group was, like everyone in the Sherling that sweaty summer day, an inspiration of professionalism.”

“Dropping into some of my favourite venues during the week where I could was great also, like Sixty Million Postcards for a little homecoming set from the mighty talent Mutant Vinyl and the joyfull cabaret fun of Bomo Swing at Chaplins Cellar Bar. To say nothing of bobbing about on the jazz boat in a dazzling summer afternoon in Poole Harbour on the final Sunday afternoon, so my sincere thanks must go to Gerry and to all of my team mates at the fest for making such super musical memories for me and many.”

“And I deliberately took Tommaso’s Italian Short Stories and a couple of Soothsayers LPs with me with me to embed into my holiday memories around Europe the week after. In a summer full of grim stories in the UK, I am reminded of the power of inclusive creative events and music to lift the soul. A pleasure to be a part of it. And I think what it reminded me most of all was the sheer wealth of musical skill and heart in my home town – there is a live jazz night somewhere almost every day of every week here, and it showed during Jazz By The Sea again. Just think of a band like Dan Somogy’s Thokazile Collective – it’s a bit of a supergroup of folk from musical life locally, but they sound like they are from the whole world.”

“We were even approached by local jazz supermind Bob Hill from The Illicit Grooves Radio Show to run his own Grooves On The Fringe fest all week concurrently, warming up for Incognito at Canvas and DJing whole nights elsewhere each evening. Imagine if we could book some of his favourite artists live for next year? Here’s to the 2018 party, I say.”